Thanks to everyone who has both donated to this project and purchased finished readers!

The PCBs are black this time, and unfortunately don’t have red silkscreen as I was hoping due to the supplier’s lack of red ink apparently.  Oh well. 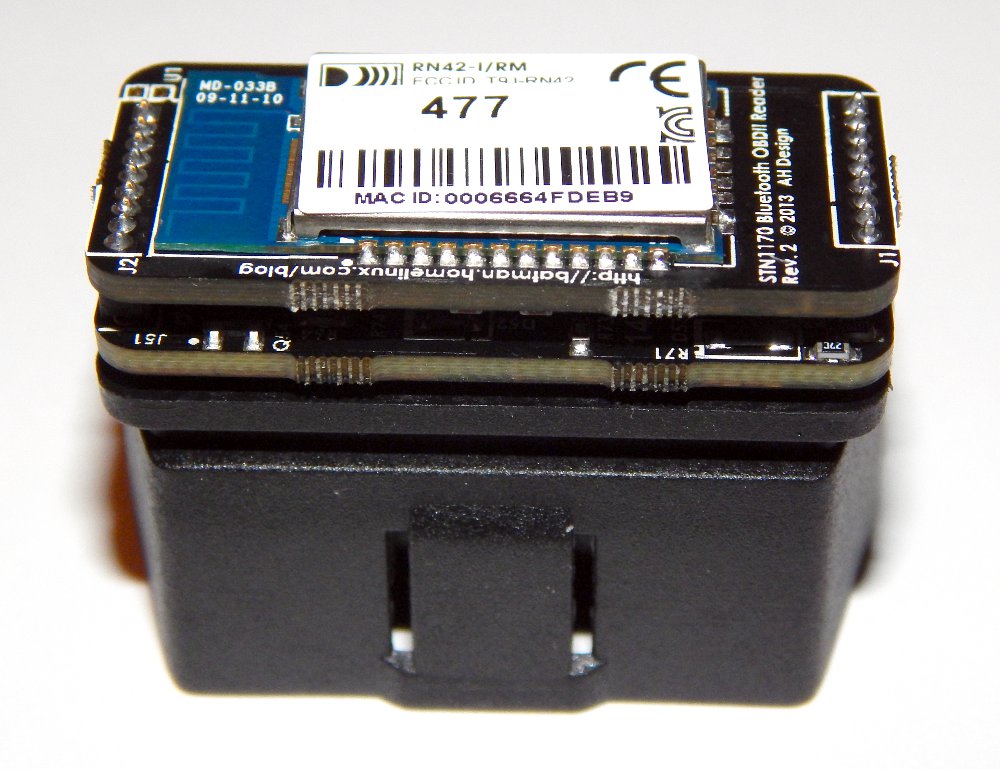 Just a quick update:  It’s March 11th and well, I wasn’t able to raise the $1200 I was hoping for.  The total came up about $200 short.  However, I’ve decided to go through with the production run even though interest doesn’t seem to be there for the STN1170 based reader.  Thanks to everyone who donated/preordered!

I don’t know if it’s interesting to people or not, but shown below is a picture of the PCB panel that’s being fabbed now: 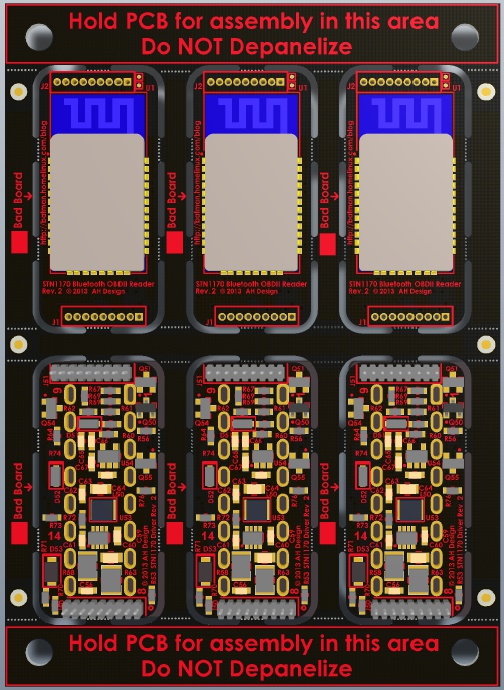 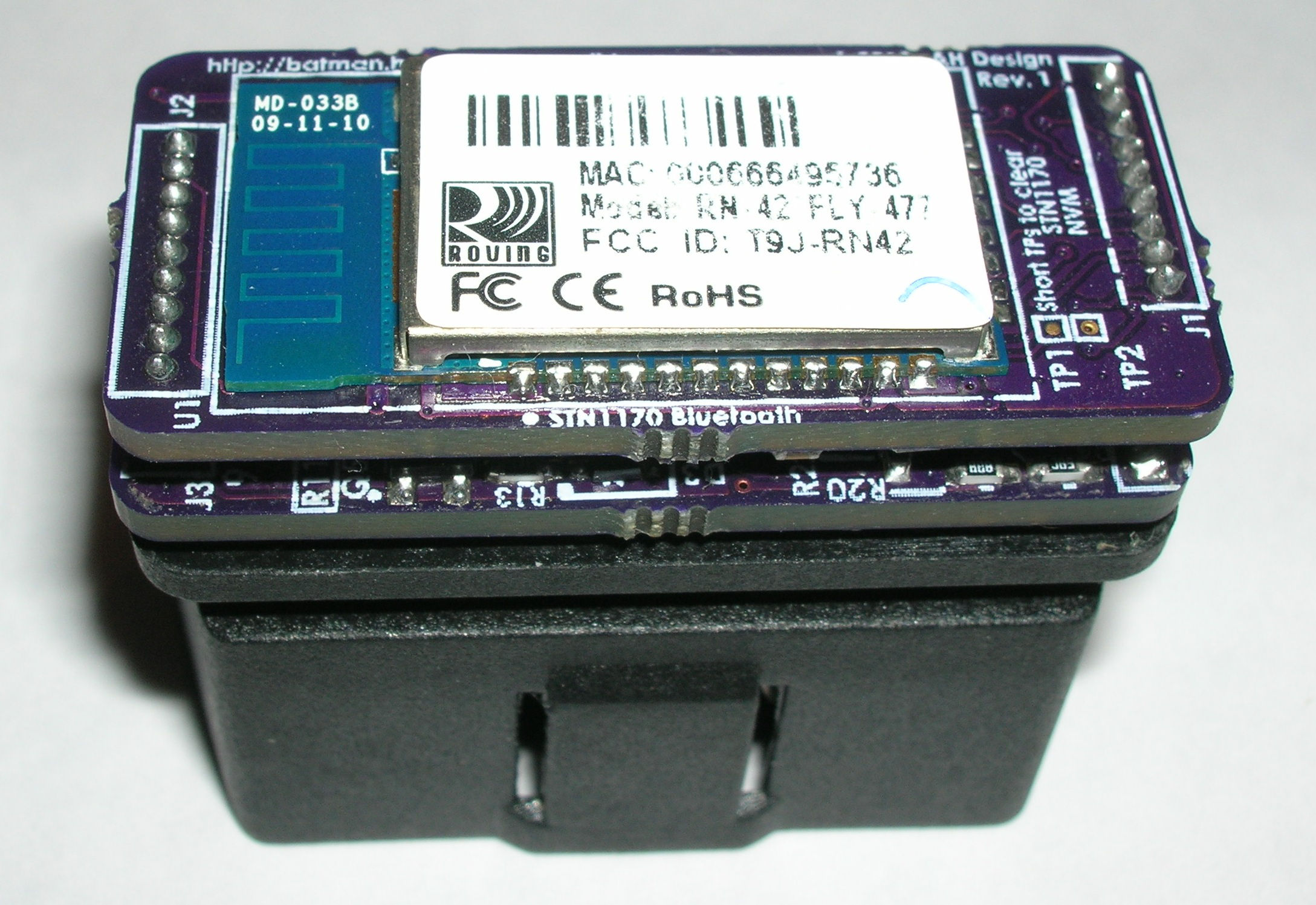 I’ve started a preorder for the STN1170 based Bluetooth OBDII Reader.  Don’t wait to get in on this as there are limited quantities available for discounted preorder!

Use the black menu bar above or go here for details:  STN1170 Bluetooth OBDII Reader Preorder 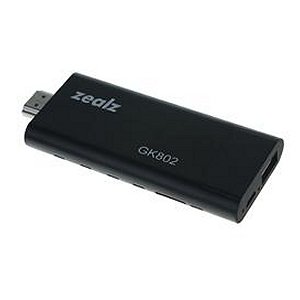 END_OF_DOCUMENT_TOKEN_TO_BE_REPLACED

For those of you that have ordered and use my OBDII module, a software update is available for the STN1110 chip that does all the OBDII protocol handling. The update has some bugfixes and feature additions. See the changelog below for details. All modules I’ll be shipping from this date on will come w/ the latest STN1110 firmware.

If you’d like to update your module, you need to have access to a PC with a Bluetooth adapter/dongle installed. A laptop would be preferable as you’ll need to power the STN1110 to update it (aka have it plugged into your vehicle).  Click “continue reading” for the update procedure!

END_OF_DOCUMENT_TOKEN_TO_BE_REPLACED

As mentioned in another post, I’ve been doing a little pinball board repair on a few System 6 boards.  A driver board was purchased for $130 (I think) that supposedly was gone over, fully checked out, and guaranteed to be in good working condition.  Just to note, this board was “professionally” repaired, and had the shop’s sticker proudly displayed on the board hoping to get repeat business.

While the board most likely “worked” as I had received it, the quality of the workmanship is quite bad.  I would expect this kind of repair from someone who doesn’t do pinball repairs often or at all, but this is from a place that does these repairs all the time!  I would be embarrassed to put my name on such shoddy workmanship, claim that the board was looked over multiple times for broken solder joints and such, and charge $130 for this.

Click below to read on.  The page will take a while to load as there are a bunch of pretty large pictures to download (right-click on pics and view in new window to see their full size)… END_OF_DOCUMENT_TOKEN_TO_BE_REPLACED 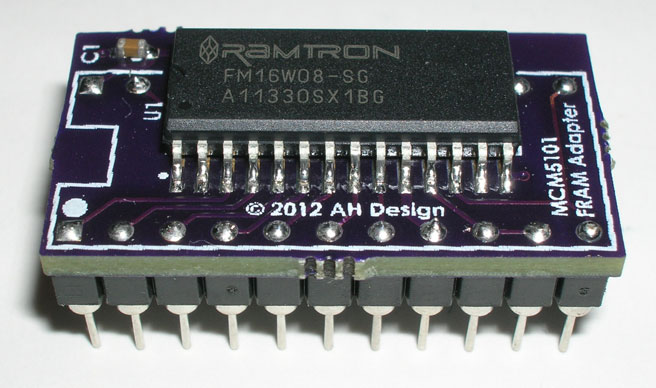 END_OF_DOCUMENT_TOKEN_TO_BE_REPLACED

Alright, so this is pretty pathetic: 4 months go by and the only post is a dumb “here’s how you update the firmware on your OBDII adapter”?  Lame.

My only excuse is that I’ve been busy with a number of projects that while they’re not really ready to appear on here, they’re still being worked on.  These include a clone/improved version of a programmable Sega Genesis cart, a variation of OpenPilot.org’s copter control 3D board (probably similar to their Revolution system I guess), and messing around w/ the Seagate GoFlex Home (which I refer to as the Blackstar!)

Back to the point of this post, I found a VeriFone Tranz 330 in the garbage a while ago.  I finally rediscovered it under a bunch of junk on my bench and decided to take it apart.  Inside, there is a complete Z80 computer complete w/ RAM, ROM, RTC, timer, serial chip, and parallel I/O.  Yeah, yeah, all this stuff comes in many microcontrollers these days, but this stuff was cool 15-20 years ago!

Just by chance, I searched for hacks on this thing, and this guy’s site appeared which claims to unlock the secret music stored on your credit card!

END_OF_DOCUMENT_TOKEN_TO_BE_REPLACED

For those of you that have ordered and use my OBDII module, a software update is available for the STN1110 chip that does all the OBDII protocol handling. The update has some bugfixes and feature additions. See the changelog below for details. All modules I’ll be shipping from this date on will come w/ the latest STN1110 firmware.

If you’d like to update your module, you need to have access to a PC with a Bluetooth adapter/dongle installed. A laptop would be preferable as you’ll need to power the STN1110 to update it (aka have it plugged into your vehicle).  Click “continue reading” for the update procedure!